The History of JVCKenwood 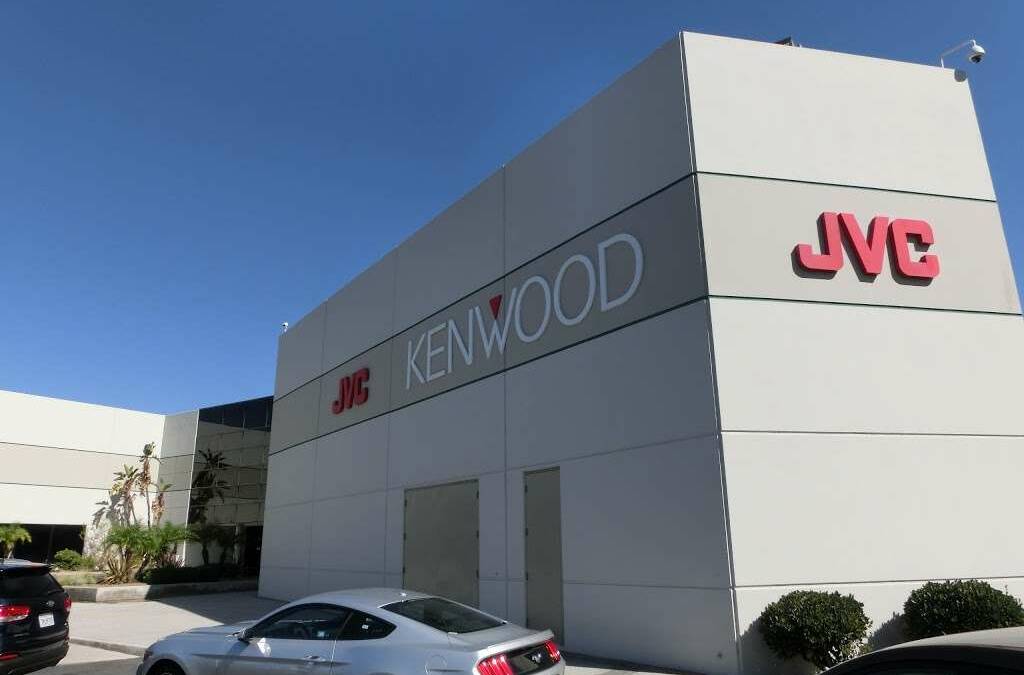 No other name is more synonymous with high fidelity audio electronics than Kenwood.  JVC is well known as in the video camera business and also in audio electronics.  By the merger of the two companies into JVCKenwood, they have created a powerhouse in the electronics industry that overshadows the size of their major competitor in the land mobile two-way radio business known as Motorola Solutions.

At one time, Motorola controlled between 70%-80% of the two-way radio market with all other manufacturers sharing the balance of the market.  As of the writing of this article, Kenwood is second only to Motorola who has seen their market share continue to slip over the years from their previous massive control of the market to about 40% of the marketplace.

Here are some of the Kenwood innovations:

Kenwood had two company business units that focused on different aspects of the communications.  Let’s start with the Kenwood amateur radio equipment line.  Later, we will deal with their professional land mobile radios.

Kenwood started in the radio business manufacturing radios solely for the amateur radio market.  As a result, their history in amateur radio goes back to 1946 when the company first started making radios.  This means that Kenwood has been making amateur radio equipment for over 75 years which gives them a long and rich history in the world of amateur radio.  Amateur radio is the breeding ground for people who love to operate, build, experiment and design radios.  Many of the breakthrough developments in electronics and radio have been made by amateur radio enthusiasts over the years, which has benefitted the state of the art to a huge degree.

In the early 1980s, Kenwood entered the professional land mobile two-way radio market.  Their initial entry into the market was minimal, placing their toes into the market to test the viability of the business before committing a huge amount of capital to make a big splash into the business.  After introducing their first radio, they found a viable and vibrant market that was hungry for quality radio equipment.  So Kenwood pursued engineering more radios for the commercial radio market and soon gained a reputation for making a quality product.  By comparison, their radios were small, flexible and reliable which continued to capture the interest of savvy consumers of radio communications equipment.  By the end of the century, Kenwood had made a big name for themselves and had established Kenwood as a huge force in the land mobile radio market.

Kenwood has its own unique history of corporate restructuring.  Here are some of the significant events:

Here are some of the radio models manufactured by Kenwood over the years:

Kenwood manufacturers a huge variety of radio models, more than any manufacturer other than Motorola.  Each model of radio is typically offered with a wide variety of options to suit must radio consumers.  Often Kenwood has some of the highest specifications and offers more options than most other manufacturers.  Kenwood believes in standardization and open competition, continually earning a customer’s business over and over again each time they need to add to their existing system.  Even though Kenwood may be the only supplier of a particular item, but they do not take advantage of the customer to charge them an extra high price.  They charge a fair price for the equipment and services provided.

So the question about Kenwood’s product line arises time and time again.  Do they make a good product?  Is it reliable and does it last?  For most products, the answer is a resounding yes.  The product is typically solid in its design and construction.  Kenwood does not over design their radios or make them overly complicated just because they can do it and manages to achieve a high level of product integrity.  Kenwood does not believe in the policy of planned obsolescence.  Kenwood tends to develop software upgrades to their products which do not obsolete older products on purpose.  The newer firmware in a radio cannot be read by older programming software, but the dealer can upgrade their older software to the newer software at no charge for the newer programming software.  The newer programming software will work on the older firmware in the radio, thus making it convenient to use the newer software for all the older versions of the same radios.  The older radios are generally upgradeable to the newest version of the software at no charge, so that all the radios will act the same and are capable of the same features as the older radios.  Kenwood’s subsidiary Johnson Technologies who specializes in the public safety market has a perpetual license policy which allows one to take a software license from an older product and transfer it to a newer replacement product.  If a radio is lost, stolen or destroyed, the software license can be moved to the newer replacement product.  This policy from Kenwood is a complete reversal of the policies that emanate from Motorola.