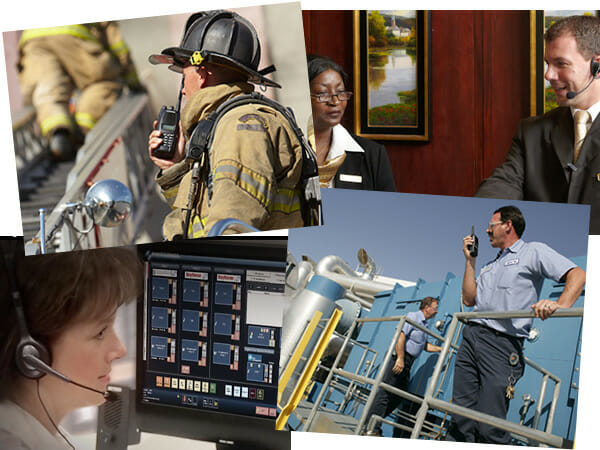 Diga-Talk has become the leader in two-way radio in Southern California because we have coverage, more coverage and even more coverage compared to our competition that has half the tower sites and half the frequencies that we have at Diga-Talk!  We understand your needs and we provide the services to solve those needs.  No one has a better Push-To-Talk offering and no other Push-To-Talk system is as robust as our Diga-Talk system.

The uses for radio communications are vast and vary by industry.  Each industry has a different set of needs that have to be satisfied in order to operate efficiently.  It is a fact from a governmental study that 3 radio equipped vehicles can do the work of 4 non radio equipped vehicles due to the efficiencies obtained by not having to backtrack through traffic when a scheduling change is needed.

At MRA, we have the most extensive radio network which allows you to communicate efficiently with any group of people or any one person.  When comparing to cellular phones, we have the following advantages:

In addition to coverage, speed and convenience, we offer many options that make the radio tool even more useful for different industries.  Read more about the specifics of your industry.