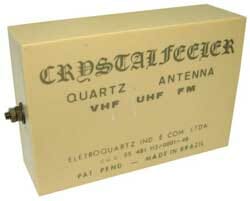 There is a legitimate device used in electronics for controlling frequency and filtering signals. It is a Quartz Crystal cut to a specific size, usually a thin wafer, and used as a piezoelectric device with a specific resonant frequency. This is not the Quartz Crystal Antenna that is being sold at various websites and social media on the internet.

The popular version of this antenna consists of a plastic box with a couple metal plates inside and a single electrical connection outside. You also get a box of raw quartz crystals without much instruction on what to do with them.   Presumably you are supposed to put them in the box with the metal plates.  The sketchy instructions mention attaching devices to two 44 inch wires to form a 300 ohm antenna. In this configuration the crystals would serve no purpose since quartz is not electrically conductive. The wire is not included with the kit and it would act as an antenna, but the box of rocks is irrelevant and serves no useful purpose. 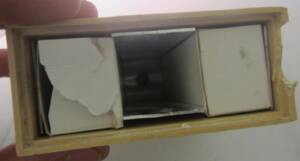