It seemed like an ordinary day when we headed to Mt Lukens to complete the installation of a internet controlled base station for one of the helicopter ambulance companies.  The installation had been previously completed except for the internet connection.  Today, I was heading up the mountain with our WISP (Wireless Internet Service Provider) to hook up the base station to the internet so that the helicopter company could dispatch their airships from their base in San Francisco. 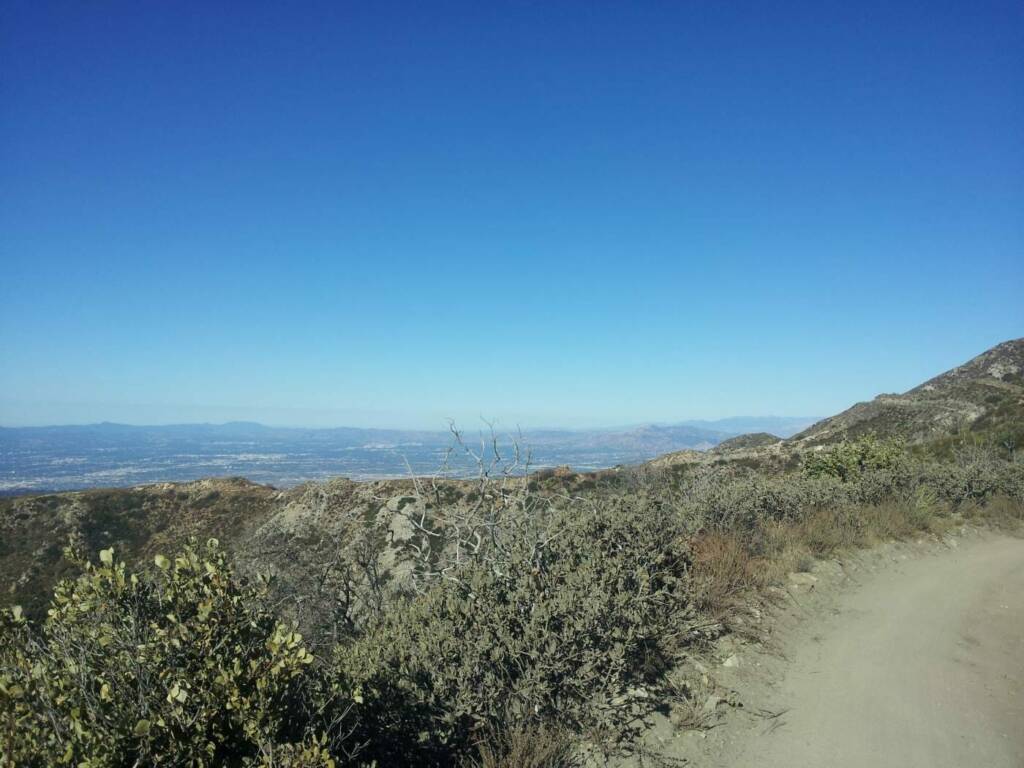 It was about 11AM in the spring of 2015 when we were about 10 minutes from the top of the hill.  Suddenly, we had to stop because there was a pickup truck stopped in the middle of the road, making it impossible for us to continue up to the top of the hill.  We stopped our vehicles and proceeded to exit them so that we could talk to the people who were stuck.  There were two people from the LA RICS project (Regional Interoperability Communications System) which is the new communications system that was being built by LA County that was supposed to integrate communications for a large number of LA County departments as well as many city departments.  The job is a $500M project that has been riddled with delay, waste and cost overruns.  It is years behind in getting deployed and many of the original commitments from the south land cities have been rescinded as they dropped out of the project.  Some of the cities who are riddled with the same problems got tired of the excessive amounts of the cost overruns, etc.

We will call the two people from LA RICS Janet and Yoon (which are not their real names).  They were in the middle of the road standing there in disgust as they claim that they had their flat tire over 5 hours ago.  I asked them, “Where is your spare tire?”  They replied that they did not have a spare tire.  Strike 1.  We determined that they have been waiting for their rescue from someone in LA County and no one has come to get them.  They had a two-way radio that did not seem to work and had an almost dead battery.  They had a cell phone which also had an almost dead battery and could not seem to get any cell service.  This is no surprise as most radio tower sites on high mountains typically do not have reliable cellular service as it is mostly hit and miss; primarily miss.  Strike 2.  I looked at them to see how they were dressed.  Both of them were dressed to be in the office and not up on a mountaintop in the wild.  Strike 3.  I asked them if they had any sunblock, food, water, insect repellent, etc.  They indicated that they did not have any.  Strike 4, Strike 5, Strike 6, Strike 7.

Up to the top of the mountain, we entered the building to get the internet hooked up.  We programmed the equipment and got the internet connection working.  We programmed the equipment from the helicopter company to operate on the correct IP address, verified that everything was working and left the site.  We now headed down the hill back to the spot where Janet and Yoon were stuck with their vehicle.  We had taken about one hour and with the travel time, we were a few minutes late getting back to them.  We found the vehicle, but no one was around the vehicle.  We attempted to find their footprints which appeared to be heading down the hill.  We started yelling for them in case we were wrong about our analysis, but no one answered.  So we started heading slowly down the hill watching intently for Janet and Yoon.  After about 2.5 miles, we found Janet.  She was in bad shape because she was wearing shoes (women’s flats) that were inadequate for hiking, had a bad hip that was giving her trouble and had no water.  She was extremely thirsty, so we gave her water.  “Where is Yoon?”, we asked.  She said that he kept walking ahead and left her behind because she could not keep up with him.  Strike 8.

Now, we were concerned that Yoon might be headed for trouble.  When you go down the hill, there are two different turnoffs from the road which complicates the issue of determining where he went.  We started going down the hill as quickly as we could, hoping to get to Yoon before he reached the turnoff.  We eventually got to the intersection and no Yoon.  We looked at the footprints in the dirt and felt that he probably made the turn onto the Grizzly Flat Road, but we were not certain.  The Grizzly Flat Road is rarely used and often impassable by vehicle, so we did not know if we could follow him down that road if that was the way he went.  There are bears in the forest as well as other wild animals, so walking on the road could be hazardous, especially since he did not have hiking shoes, sunscreen or water.  While we were deciding which way to go, a vehicle arrived coming up the Mt Lukens Truck Trail that we normally use.  We got them to stop so that we could question them.  It turns out that they were from LA County and were there to retrieve the truck that was stuck.  We asked them about who was going to rescue the people and they replied in their broken English that they did not know about any people as they were there to get the truck.  We then asked them if they saw anyone walking down the hill on the road and they replied, “No!”   Unfortunately, there was another turnoff about a mile ahead, so that was not conclusive that Yoon did not proceed down Mt Lukens Truck Trail instead of turning on Grizzly Flat Road, but gave us reasonable confidence that he did turn on the Grizzly Flat Road.  We told the two men from LA RICS to take the Grizzly Flat Road to find Yoon.  They argued that they were here to pick up the truck and that they did not want to go find Yoon.  I argued with them until they agreed to go find Yoon, so we continued down the road towards the bottom of the hill.  We stopped at the other turnoff to see if we could see any footprints in case Yoon made it that far and missed the two people who came up the road.  We could not see any footprints, so we concluded that Yoon must have gone down the Grizzly Flat Road.

At this point, we were relying on the two from LA RICS to rescue Yoon.  The road that he took was longer than the Mt Lukens Truck Trail to get down to Angeles Crest Highway and it merged with Angeles Crest Highway about 10 miles further up the road from civilization.  If the two from LA RICS did not find him, he may not survive depending upon circumstances.

We continued down the hill to the bottom of the dirt road.  We opened the gate, pulled our vehicles through the gate and locked the gate behind us as we were supposed to do.  We were praying that Yoon would be found sooner than later by the LA RICS people.

Now it was time for us to head back to our respective offices.  The WISP headed to their office in Santa Fe Springs while I headed back to the MRA offices with a small detour to the LA RICS office in the Monterey Park area.  (About that time we got a call that Yoon had been found and that the two from LA RICS would take him back to the office.)  I had a personal friend who worked for LA RICS as one of their engineers, so I thought that I would visit him and say hello when I dropped off Janet.  Janet objected and said that I would not be allowed in their office (after I rescued her) because they were in the process of bidding the project and she did not want to have any vendors in the office.  I told her that we are not bidding the project as it is too big for us to handle and she still was reluctant to let me in the door.  Eventually, she relented and allowed me into the building.  I got a brief tour of the facility, but my friend was not there at the time.  I contacted him a few days later to talk to him and discuss what had happened.

I left the LA RICS office without a thank you for saving her life or for being responsible for getting Yoon rescued.  However, we got our job done and our customer was happy.

Another day on the mountain