Tower Work at Mt Lukens During a Lightning Storm

It was a cold winter day in the 1990s around Christmas time when I went to Mt Lukens with an amateur radio (“ham”) group that wanted to work on their repeater.  They had several people from their ham group ready to go.  They piled into their vehicle and met me at the gate to Mt Lukens.  We caravanned up the mountain and arrived at the top of the mountain.  They went to work on their equipment to take care of their issues while I was going to climb to the lower cross arm at the 20’ level of the tower to install a link antenna for their radio. 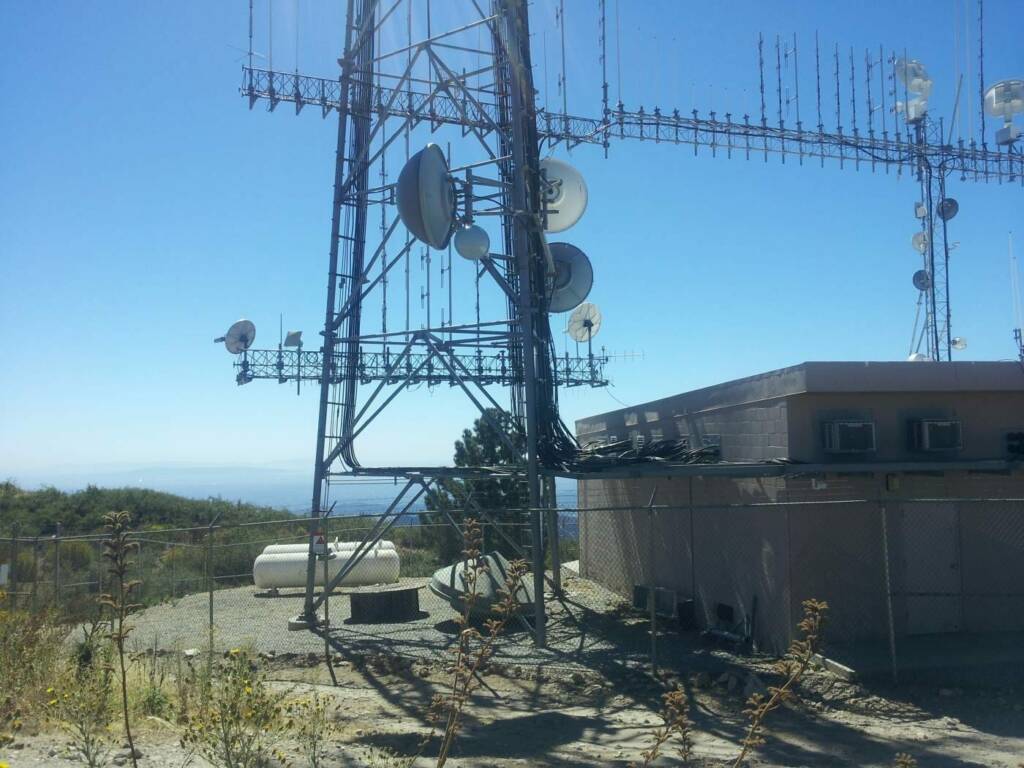 I put on my jacket because the weather was overcast.  It seemed like we had storm clouds, but there was no wind, nor was there any rain.  It was cold and dry with the clouds a few thousand feet above the site.  I started the tower work when we first arrived at the site because you never know if the weather is going to get better or get worse.  So I grabbed the tower belt and the rope and climbed up to the 20’ level of the tower.  I had the ground crew send up the antenna to me so that I could attach it to the feed cable that was already installed on the tower from a previous customer who removed their antenna.  I mounted the antenna and pointed it towards the direction that they wanted me to aim the antenna.  I then started to attach the feed cable and tape up the connection before using the heat shrink tubing to seal the connection.  To shrink the heat shrink tubing, I needed the heat gun and a short extension cord because we have electrical power out at the tower at each cross arm.

While all this was happening, the storm clouds became more intense.  It was getting colder and the storm clouds were hovering over the mountain.  They were lower to the ground and I started hearing inter-cloud thunder from about 1 mile away.  That meant that I had to hurry and get off the tower before something bad happened.

I was finishing up the heat shrink tubing on the antenna.  The tubing was now shrunk and the sealant inside the tubing was sealing the connection.  I unplugged the heat gun and lowered it to the ground along with the extension cord.  I dropped the rope to the ground and now all I had to do was to walk across the cross arm to the ladder and climb down the ladder.  I was just about at the ladder when I heard this tremendous BOOM and a flash of light simultaneously.  A lightning bolt hit the tower about 200 feet away from the tower that I was on.  I grabbed the ladder and slid down the ladder at an unknown speed that shocked everyone that was on the ground next to the tower.  No one had ever seen me move that fast under any circumstances.