A Windy Day on the Tower

During the early 1990s, we had a job to install an antenna at Loop Canyon, a site at the top of the mountains that divide the Sylmar area south of the site from Canyon Country which is north of the site.  The site is known for being a windy location and has more windy days than most radio sites.

I have worked at Loop Canyon and Oat Mountain (both very windy sites) a hundred times over the years and installed a lot of antennas on the tower.  We operated a 800MHz LTR trunked radio system from the site, so I made trips to the site on a regular basis.  Today, we wanted to install a new antenna on the tower for a new radio system that we were going to install in the building, so we had scheduled the job for one of our installers and me a few days ago. 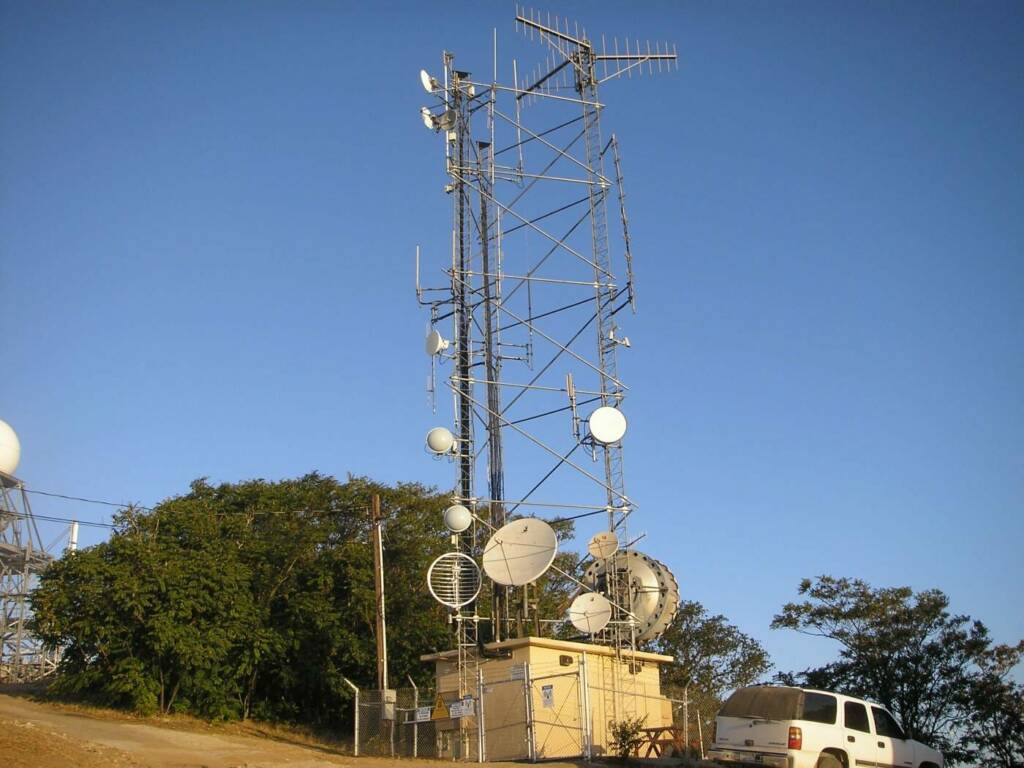 We left our office around 8AM and proceeded to head to the site.  The air was completely calm at the office so we expected it to be the same at the site.  When we got to the San Fernando Valley, we looked at the trees and everything still seemed to be calm.  As we continued north towards Highway 14, everything still seemed to be a great day for the tower work.  We exited the freeway at Placerita Canyon Road which we took to Sand Canyon Road and proceeded south towards the ridge road.  When we reached the Bear Divide Forest Service Station, we turned right to head to the site.  There still was no indication that there would be heavy wind.  We drove the last few miles to the site and as we approached the top of the ridge, the wind became fierce.

We arrived at the site around 10AM to find that we had 50 mile per hour winds.  The antenna that we had to install was going at the 60 foot level of the tower and was 20’ long.  This would be difficult to handle in the wind.  Our installer expressed concern about climbing the tower in the wind and basically refused to climb.  I could not blame him as there was no question that the job would be very difficult with the wind blowing so hard, so I decided that I would try climbing the tower and he would be the ground crew.  I put on a wind breaker and the tower belt.  We got the rope ready along with the antenna.  I grabbed some heavy wrenches so that when I threw down the rope, it would have a significant weight to bring the rope down to the ground.

About 10:30AM I started to climb the tower.  As I climbed up the first 20’, I noticed that the wind was much stronger than on the ground.  The wind seemed to be about 65 miles per hour.  I continued the climb to the 40’ level and the wind was even stronger, around 75 miles per hour.  After a brief rest, I climbed to the 60’ level where the wind appeared to be blow around 80-90 miles per hour.  This was concerning as I felt that the additional wind speed might keep us from completing the task.

I was not willing to just give up since we had all this time and effort invested in getting this far, so I decided to try to mount the antenna.  I had to untie the rope and throw the rope over the side of the tower.  I attached a 12” crescent wrench to the rope and threw the rope off the tower.  The rope was almost horizontal even with the wrench tied to the end of the rope.  I continued to wait for the wrench to reach the ground, but to no avail.  The wrench was between 5 feet and 15 feet below me for the entire 10 minutes depending upon the wind speed at the time.  The wrench never fell more than 15’ below me which was about 45’ above the ground.

I decided that it was futile to mount the antenna since the rope with the wrench would not come close to the ground.  There was no way to attach the antenna to the rope to lift it up the tower.  So I gathered up the rope, retied it, attached it to my tower belt and proceeded to climb down the tower.  We left the antenna at the site so that we did not have to retie it on top of the vehicle along with the antenna cable.  We locked up the building and proceeded down the mountain and headed back to the shop.  I was told that my face was wind burned and when I got home that night, I saw that he was right.  The skin on my face needed a week to heal from the fierce weather we experienced.

It was another day in paradise, but we were unable to complete the task of mounting the antenna on the tower.  Now we have the opportunity to do it again another time.