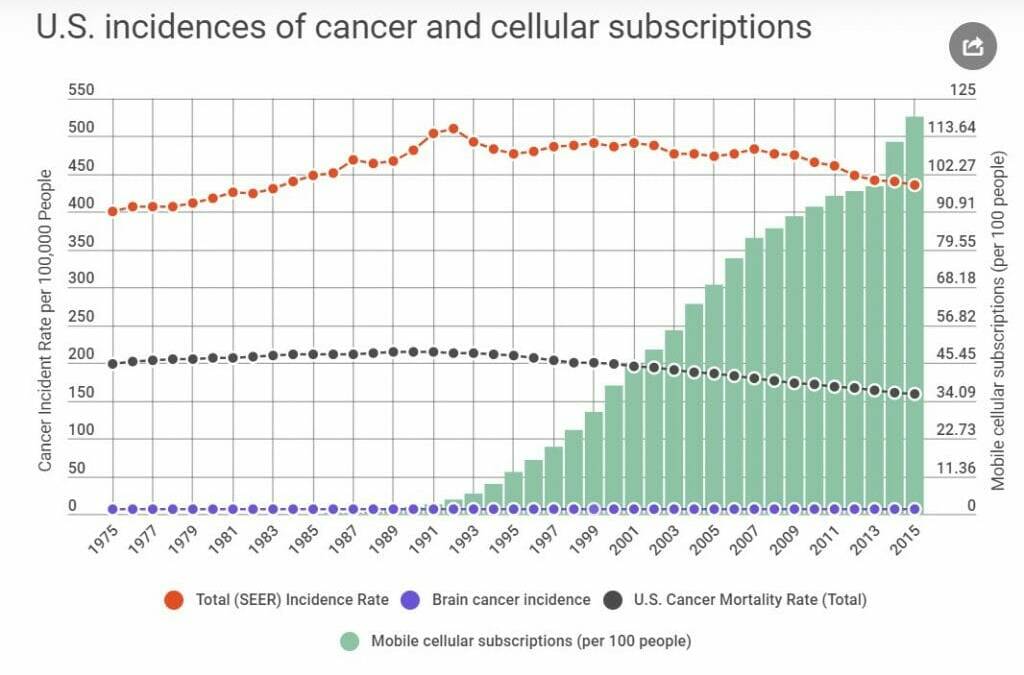 The question arises about whether or not a cellular phone will causes brain tumors.  There have been many articles about the subject and there are experts on both sides of the question.  We all want to know what is real and what is not on the subject, so we will attempt to get to the truth about the subject.

To date, there is no positive proof that a cellular phone will cause a brain tumor.  Numerous studies have been conducted and none of them are conclusive.  Each one of the studies attempts to analyze the subject from scientific angle to bring the subject to a conclusion, but fail to conclusively determine that cellular phones do cause brain tumors.  But the rumor continues to propagate throughout society and the concern about cellular caused brain tumors continues to be of great concern to many.  So let’s examine the evidence that exists.

The following is from the FCC website dealing with Radio Frequency (RF) Emission exposure limits:

The FCC is required by the National Environmental Policy Act of 1969, among other things, to evaluate the effect of emissions from FCC-regulated transmitters on the quality of the human environment.   Several organizations, such as the American National Standards Institute (ANSI), the Institute of Electrical and Electronics Engineers, Inc. (IEEE),and the National Council on Radiation Protection and Measurements (NCRP) have issued recommendations for human exposure to RF electromagnetic fields.  On August 1, 1996, the Commission adopted the NCRP’s recommended Maximum Permissible Exposure limits for field strength and power density for the transmitters operating at frequencies of 300 kHz to 100 GHz.  In addition, the Commission adopted the specific absorption rate (SAR) limits for devices operating within close proximity to the body as specified within the ANSI/IEEE C95.1-1992 guidelines.  (See Report and Order, FCC 96-326)  The Commission’s requirements are detailed in Parts 1 and 2 of the FCC’s Rules and Regulations [47 C.F.R. 1.1307(b), 1.1310, 2.1091, 2.1093].  The potential hazards associated with RF electromagnetic fields are discussed in our RF Safety FAQ. 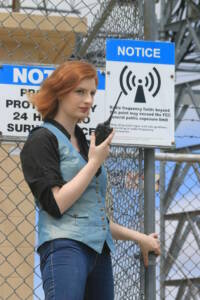 The FCC adopted standards for RF exposure many years ago and require all operators of radio equipment and all manufacturers of devices that radiate RF energy to comply with the regulations.  These standards are intended to provide a safety margin against any RF emission from creating a damaging emission to humans.  Therefore, compliance is required by those who manufacture, sell and use RF devices.

RF emission energy affects human tissue by creating heat within the tissue.  The more RF energy you expose your body to, the greater the heating effect.  This is the same thing that happens with a microwave oven which is nothing more than RF microwave energy that is radiated into a metal resonant cavity that helps to amplify the effect of the RF energy on the food (animal or vegetable tissue) inside the oven.  The longer the exposure and the greater the power that is used, the faster and hotter you heat the food.  This is exactly the same thing that happens with your cellular phone except for the following:

The human body is affected by RF emissions differently as the frequency is varied.  The following is a chart produced by the American Radio Relay League (ARRL who represents Amateur Radio enthusiasts) of how RF emission energy affects the body:

A cellular telephone is essentially a radio transmitter and radio receiver and a fancy user interface with a lot of computing power.  Therefore the device is regulated by the FCC and must comply with their RF exposure regulations.

Almost everyone has cooked eggs for breakfast and has seen the change in the eggs during the cooking process.  When you place an egg into a frying pan, you can heat the pan a certain amount without any apparent change to the egg.  But as you continue to heat the pan, eventually there will be a chemical change to the egg as it cooks in the fry pan.

If you think of your brain the same way as the egg, you can heat up your brain a certain amount without any change occurring to it.  However, once you heat it up too much, a chemical change will occur as your brain starts to cook inside your head.  Remember, you cannot un-fry an egg.  Once it is cooked, there is a permanent change in the chemistry which cannot be undone.  So if you apply the same logic to your head, there is no permanent effect to your head and your brain as long as you keep the exposure to a reasonable level.  No one knows for certain where the limit of exposure becomes a problem, but the exposure limits are designed to keep you from getting to that point by insuring a safety margin.  The thermo-graphic image above clearly demonstrates the effect of a cellular phone on a person making a phone call.

Even though there is no conclusive evidence that a cellular phone will cause any problem, it is prudent to be cognizant of the potential issue and take reasonable safety precautions.

Here are some safety suggestions:

By following the above suggestions, you can significantly reduce your exposure to RF emissions and reduce the possibility that you are working on creating a brain tumor or creating some other malady by using your cellular phone.  Be prudent with your use of your phone and consider the potential long term effects.

You do not want to have a two-headed baby in your future!