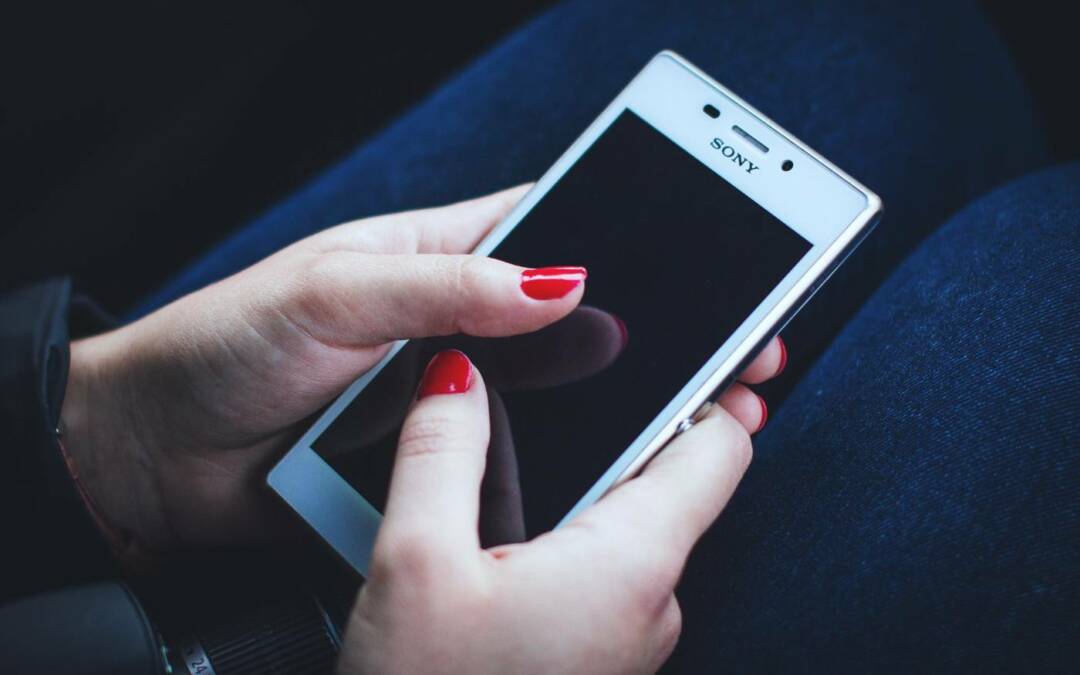 A cellular phone is designed to be a one-on-one device.  It is intended for one person to speak with one other person.  The unit is full duplex, meaning that you can talk and listen at the same time, just like you can do on a regular land line telephone.  The one person with whom you are speaking can be another cellular phone or it can be someone talking on a land line phone.  Many cellular phones allow you to conference another person into the call so you can actually get three people speaking together instead of simply a one to one phone call.

A two-way radio is designed to be a one-to-many device.  Although if you only have two radios, it essentially is one-to-one, it can be used from one person to any number of people simultaneously.  If you have 5, 10, 20, 100 or 1000 people listening to your transmission, it makes no difference.  It is easy to speak to any number of people and for them to talk back to you and others.  This is essentially designed for groups of people to speak with each other.

With the advent of cellular technology, many people think that the cellular phone solves all communication problems and that two-way radio was an obsolete way of communicating.  If that were true, radio would have essentially disappeared after the proliferation of cellular phones.  Radio is flourishing and radio sales have increased every year.  There is no question that cellular has had an effect on the two-way radio use and in many ways has taken away a large number of customers of two-way radio and moved them to cellular phones which work well in most circumstances for small groups.  However, once you exceed a group of 5 people, the efficiencies of two-way radio begin to overcome the convenience of using cellular phones.  There is a significant advantage of getting everyone on board at the same time by speaking on a two-way radio to everyone who is involved at once regarding an issue.  Speaking to people one at a time on the same subject is similar to sending an email to one person, then another, then another and so on until everyone is informed on the subject.

Let’s examine a typical towing company using cellular phones.  Let’s assume that they have 7 trucks and that the have their employees use their own phones for work.  These days, there is hardly anyone who does not have a cellular phone and many people have airtime plans with the cellular provider that provide for unlimited usage of the phone for a modest monthly fee which varies by provider.  There are some plans that provide unlimited phone usage for as little as $25 per month while other carriers charge $75-$100 per month.  The company may not reimburse the driver for the use of their phone because he already had the phone and it had unlimited use, so it does not cost the driver any more money for the driver to use the phone for company use.  (Some drivers may insist upon being reimbursed for a portion of the cost of the phone and it is up to each company to decide how to handle the issue.  If one driver insists upon reimbursement, they need to reimburse everyone otherwise it can cause a huge problem with different drivers being treated differently.)  When it is time to call a vehicle, one must dial the phone, wait for the phone to start ringing, let the device ring and when no one answers, the call is transferred to voice mail at which time the dispatcher has to leave a message for the driver who may or may not notice the voice mail until it is too late to take care of the customer.  This process can easily take 1-2 minutes and if you are not sure which driver you need to speak to for resolving the problem, this process must be repeated until you find the driver that is in the area to take care of the customer’s problem.  With 7 drivers, the 1-2 minutes can turn into 7-14 minutes to call every cellular phone from every driver.  The time delay to call all the phones can seriously impact customer service, especially when the customer is on the phone and wanting an answer to their questions immediately.  A towing customer is typically on the edge already because they have been inconvenienced by having their vehicle break down at an unplanned time, often disrupting their day and causing them severe stress.  The towing company that is able to relieve their customer’s stress quickly will have a significant business advantage over the competitor who cannot reach their drivers quickly.  It is possible to utilize text messaging in a one to many configuration but replies can quickly overload people that are included in the CCs but not necessarily participating in the conversation.  The same can be said for using the cellular phone to send emails.

There are several issues that define the difference between cellular and two-way radio.  Some types of two-way radio users find that the efficiency of using radios makes the cost of using the radios far below the cost savings.  However, there are certain types of radio users that cannot effectively use cellular phones.  The first issue is that there is not cellular coverage everywhere you go.  Some areas have no cellular service and it does not matter which cellular carrier you use because no one has coverage in the area.  This is more predominant in the rural areas, but there are places within the city that does not have good cellular service.  So it does not matter how well the cellular phone works for your task, it does not function with cellular service.  There is no way for the cellular phone to communicate without cellular service, so when you go into an area without cellular coverage, the cellular phone might as well be a boat anchor for all the good it is going to do for you.  Also, most cellular phones do not have a replaceable battery, so when the battery runs down, you are out of service until you are able to recharge the battery.  Audio accessories for cellular phones are limited in selection and generally not built for ruggedness.  They are built inexpensively so that they can be sold to the masses at a low price and are not built for reliability.  Cellular phones are also not built to be used with most gloves that are required to be worn in different types of work.  This requires the person to remove their gloves to be able to handle the cellular phone which may not be an option at the time depending upon the job that is being performed. 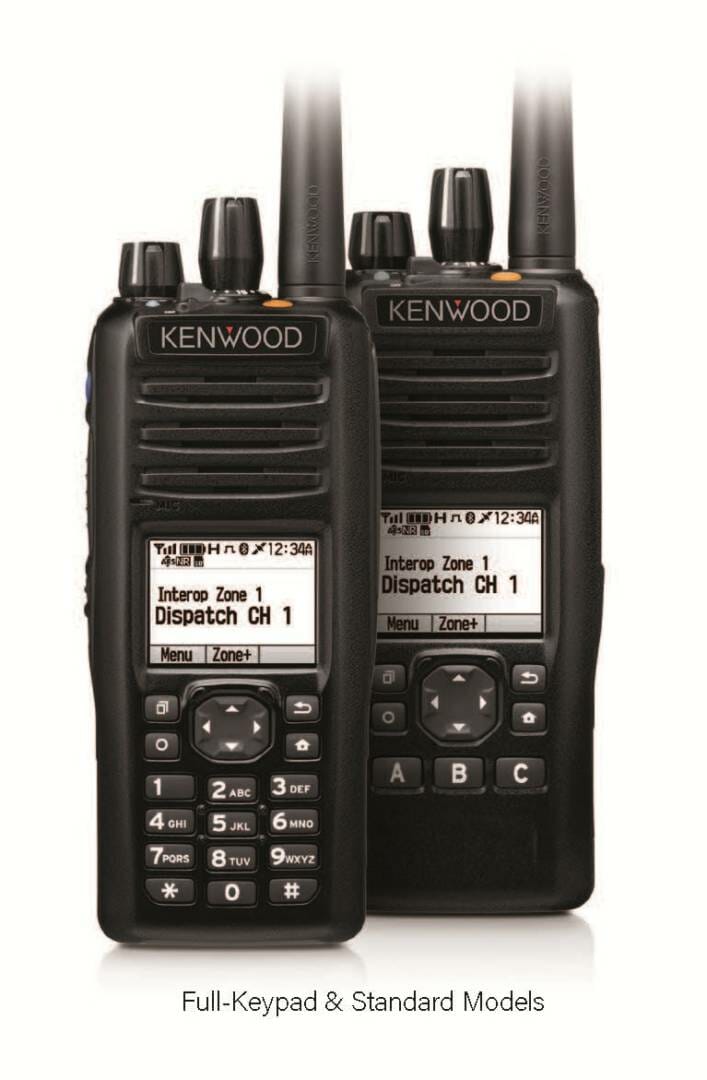 Two-way radios overcome the issues discussed above for the cellular phones.  Radio coverage for a given customer can be determined by the design of their radio system.  Each customer is free to pick and choose the type of radio system they operate in contrast to the cellular system which is a take it or leave it proposition.  There are a wide variety of radio systems that customers can use including the following:

Another issue with cellular phones is that they are effectively an attractive nuisance that continually tempts personnel to use the device for personal use instead of paying attention to business.  Some people think that the fact that a two-way radio does not text, send emails or allow one to surf the internet is a drawback.  In reality, the inability of most two-way radios to do any of the above removes the two-way radio from being a distraction from their regular work duties and allows the worker to work more efficiently.

In certain circumstances such as driving a vehicle, the cellular phone exposes the driver and the company to severe liabilities which can overshadow the cost savings of using an employee’s cellular device.  (A complete discussion of the laws regarding the use of cellular devices in vehicles can be found by clicking here . A  news release from Kenwood regarding the use of cellular devices in commercial vehicles can be viewed by clicking here.)  The cellular phone is considered an attractive nuisance which can distract the employee from doing their job correctly.  If the company employs the use of a cellular device which distracts an employee, the company will be liable for any issue including (but not limited to) personal injury, property damage and loss of income which can be a huge amount of money depending upon the circumstances.

The following is a comparison chart between cellular and two-way radio:

In summary, there are major differences between cellular service and two-way radio.  Cellular offers a good level of service at an economical price but has little flexibility.  Two-way radio offers reliability, versatility, flexibility and numerous ways to achieve the desired goals.