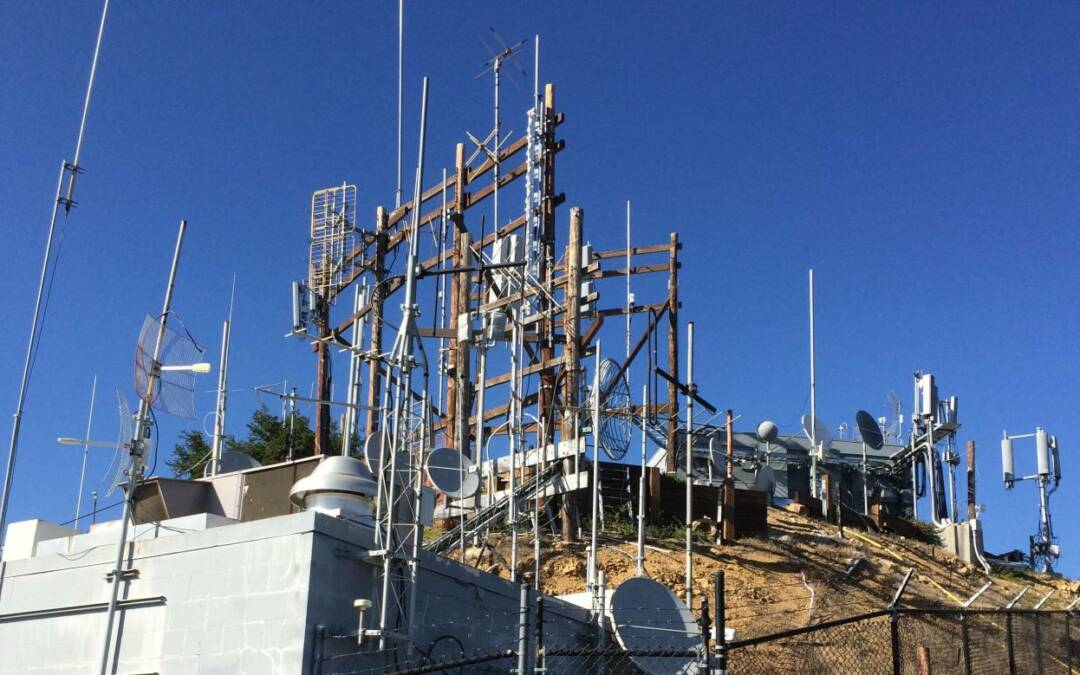 The issue of exclusive channels is the most critical item in the design and implementation of advanced radio systems.  From a legal standpoint, all trunking formats in use today (except for SmartTrunk and Capacity Plus) requires the use of exclusive frequencies to allow the trunking system to function at its full performance level.  All of these systems (except for SmartTrunk and Capacity Plus) need exclusive channels to legally operate at all.

On most licenses which are site specific [1] in the VHF and UHF bands, channel exclusivity is determined by the station class of the repeater designated as FB8 with the associated mobiles being designated at MO8.  Non-exclusive licenses are designated as FB, FB2, FB4, FB6 or FB7 [2].  Licenses sold by the FCC at auction do not contain station class designations or specific locations.  These licenses (in the Los Angeles area) are exclusive over a large geographic area from the northern Kern County line to the Mexican border and from the Pacific Ocean to the Nevada / Arizona border, excluding San Diego County but including Yuma and La Paz counties in Arizona.  The exclusive licenses owned by MRA fall into both categories.

If your radio system were a race car, the radio frequencies that are used by the radio system (race car) would be equivalent to the race track.  No one would consider running a NASCAR race (with speeds of 265mph) on a track with an uneven surface full of potholes, uneven or unpaved surfaces, bumps, cracked uneven surfaces or other track anomalies.  The race cars would be thrown out of control each time they attempted to traverse the anomaly and likely crash as a result.  It is possible to run a race on such a track, but the speed of the vehicles needs to be cut down by 90% to accommodate the uneven surfaces that would severely damage a NASCAR race vehicle.  The race on the uneven surface track needs a different type of vehicle operating at 10% of the speed of a NASCAR in order to survive the track.  Trunked radio systems are designed to operate properly on exclusive frequencies and are not designed to fully utilize shared channels or operate efficiently on shared frequencies.

A trunked radio system normally requires exclusive channels.  There are several trunking formats that have been implemented by different manufacturers including LTR, Privacy Plus, Smart Trunk, Smart Zone, Smart Net, EDACS, NEXEDGE, IDAS, Connect Plus, Capacity Plus and P25.  (There were a number of other trunking formats which have become obsolete or the manufacturer has gone out of business which will not be discussed.)  SmartTrunk and Capacity Plus are the only trunking systems that were designed to operate in a shared channel environment.  They are considered an “overlay” in that it attempt to add trunking features to a radio system that does not have exclusive frequencies.  The SmartTrunk system does not have very much market acceptance and is panned by public safety agencies for the reasons that it does not guarantee instant access and will receive interference from co-channel parties.  Therefore, it is generally not considered a true “trunking system” like the other trunking formats.  Capacity Plus is another “overlay” that was designed by Motorola to attempt to trunk channels when exclusive channels are not available, which is most of the time in major cities like Los Angeles.  It suffers from all of the issues of shared channels discussed below, but attempts to give the end user a higher level experience and add advanced trunking features.  When either of these two systems operates on channels that have little co-channel traffic, they operate fairly well from a user perspective.  However, in most urban environments, the system has to be set to virtually ignore co-channel traffic in order to function at all and then it suffers from all the problems associated with co-channel traffic as described below.

In the other trunking system formats (except LTR and IDAS), the control channel transmits all the time, 24 hours a day and 7 days a week [3].  This operation would cause significant interference to any entity attempting to share the frequency within the system coverage of the trunked radio system.  The FCC rules require that shared channels be shared with other users and operating a system that monopolizes the channel does not meet the definition of sharing in the rules.  (The LTR and IDAS systems do not transmit 24/7, but they do require exclusive channels for the “home” channel which is the rough equivalent of the control channel in other trunking formats.  In LTR, every channel can be a home channel, but only one home channel is absolutely required.  In an IDAS system, multiple exclusive channels are required for their rough equivalent of a home channel. [4])  Anyone attempting to use the same frequency would receive interference from the control channel (or home channel) and the person attempting to use the channel would cause interference to the control channel (or home channel), thus rendering the trunking system inoperable for a period of time that lasts as long as the attempted co-channel use by another party.  The result is that the trunking system appears to operate sporadically, a condition that is not desirable nor is tolerable by most people.

Not all “exclusive” channels are born alike.  All FB8 exclusive channels are only exclusive for a certain distance.  The distance varies by FCC rules in different frequency bands (ranges).  In 470-512MHz known as UHF (T-band), it is a 40 mile radius from the repeater location.  In 450-470MHz known as UHF, it is a distance determined by R6602 engineering contours which have varying distances based upon the terrain profiles around the repeater location.  Depending upon the specifics of the engineering involved that was used to obtain the FB8 channel, the exclusive channel may be very clean and not have any co-channel interference or it may suffer from some co-channel interference from users beyond the protection zone offered by the FCC Rules.  This is on a case by case basis depending upon the geographic terrain and the exact location of the respective repeater stations.  When a channel is licensed to a single entity over the entire market area such as all of Southern California, then the channels are very clean.  These are known as “market exclusive” channels.

MRA is the largest holder of exclusive UHF radio spectrum in Southern California.  No other company holds the number of channels that we own. The majority of the channels owned by MRA are in the “market exclusive” category.  Some of the channels we own are exclusive FB8 channels that are not “market exclusive”, however, they are strategically located at sites to minimize or completely eliminate the co-channel interference issue.  MRA is also licensed for FB6 shared channels

Want your own exclusive radio channel?. Lease Spectrum from MRA

Note [1] A site specific license which are most of the licenses issued by the FCC designate a specific location where the repeater is located and it is only from that specific location that one can legally operate on an exclusive basis.  The one exception is when one is licensed for temporary location repeaters in addition to the FB8 and the temporary location that is chosen from which to operate will not interfere with anything co-channel and vice versa.
Note [2] At 800MHz, an exclusive channel is designated FB2.
Note [3] By definition, this is not sharing a channel.  This is monopolizing a channel which is prohibited by FCC Rules without an exclusive channel.
Note [4]ICOM, the manufacturer of the IDAS system has attempted to get the FCC to condone the use of non exclusive frequencies in the IDAS system.  Thus far, the FCC has determined that they would look at it on a case by case basis and declined to make a blanket ruling.
Note [5] The co-channel user is not part of the trunking system and generally operates in the conventional mode which allows them to transmit any time they want, regardless of whether or not the channel is in use by anyone else.  Users are required by FCC rule to “monitor” the frequency prior to attempting to transmit (just like the old party line telephones), but as a practical matter, they do not monitor and wait for co-channel traffic to cease before attempting to send their transmission.  They push the transmit button and start transmitting while causing severe interference to the trunking system users.