How far will my radio talk? 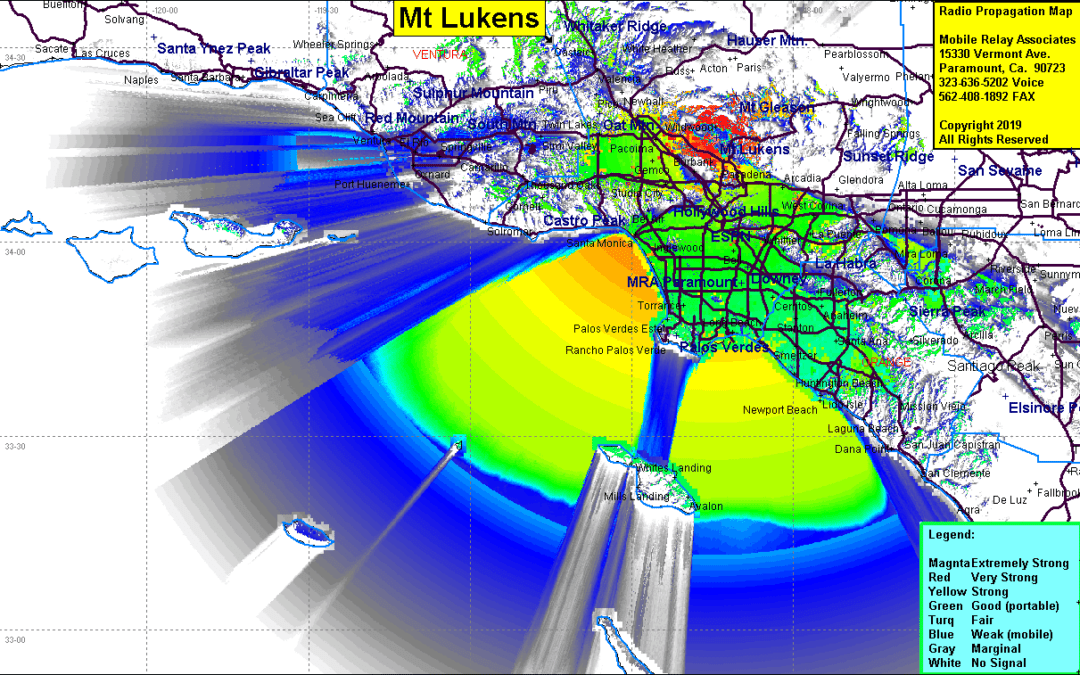 “Long Range” is commonly used by radio manufacturers as part of the description for their product. Everybody wants “Long Range”, but there is no real definition for what “long” is. The term is relative. It is also common to have the range, in miles, printed on the package so people will use it for comparison. The phrase “Up To” is often missed when reading this. This packaging is misleading, but never the less has set expectations for how to compare radios. In general they will print a longer range on a higher powered radio, but these numbers are not really based in reality. Most of the time the usable distance will fall extremely short, but there are also circumstances where it may go further.

How far will your radio really reach? The answer to this question is highly dependent upon the type of radio system you operate and where the different elements of the radio system are located. There is no simple answer to the question.

Radio signals travel line of sight from the transmitter to the receiver, passing through different obstructions. Signal strength diminishes with the square of distance, to it you move twice as far away, the signal is ¼ the signal strength. If you are 3 times as far, the signal is reduced to 1/9th of the signal. This does not include the physical objects in the path which create more signal loss. Obtaining significant height for the antenna dramatically increases the range of the signal.

Terrain is a significant factor in radio propagation. Flat ground is much easier to predict radio coverage than hilly terrain and is much easier to cover with radio signal. When a radio signal passes through a hill, the earth (dirt, rocks, streams, etc.) that is in the direct line of sight path all add to the signal loss. Once the received signal drops below the minimum threshold to operate correctly, the radios no longer can communicate with each other. In hilly or mountainous terrain, this can happen in a distance of a few hundred feet while on flat terrain, it would take miles to have the same effect.

The atmospheric conditions also affect radio propagation. Certain areas have different kinds of problems with radio propagation due to something unique about the area. Sometimes it helps radios work better and sometimes it hinders the use of radio. Different frequencies are affected differently by atmospheric conditions, so there is no simple answer as to how a signal will propagate.

The general rule of thumb is that if you can see it, you can talk to it.  The visual horizon is dependent upon your height above ground, so it will be a different distance depending upon your location.  If you were on completely flat ground without hills, buildings, bridges, streams or any other man made or natural structure, you could expect to talk to about 15% beyond the visible horizon, because the radio horizon is further than the visible horizon.

Distance to Visual Horizon = Square Root (2Rh) which is approximately equal to:

There are computer programs that predict radio coverage under a given set of parameters. The programs are reasonably accurate, but not 100% accurate. They vary by frequency and the propagation model that is used to predict the coverage, the system design, locations and many other factors.

Simplex radios are typically operated within a small confined area such as a building or a series of buildings in a campus environment and do not use a repeater or any other infrastructure to increase the range of the radio. Depending upon the size of the building, simplex radios may not be able to talk across the entire building. This is typical in high rise buildings, particularly large buildings and old buildings that have thick concrete walls. In the city, typical range for a portable radio is about 6 blocks when outside of a building, but it can be significantly greater or less depending upon the physical obstructions between the transmitter and the receiver. Typical range for a mobile radio talking to another mobile radio in the city is about 5 miles. Typical range for portable radios outside the city is 1-2 miles while typical range for mobile radios is about 5-10 miles. The increased range outside the city is due to the lack of obstructions such as buildings and bridges.

If one of the radios is at a high location, the range can be extended dramatically. For instance, if one mobile is parked on top of a hill, you might get 40 mile – 50 mile range. If a portable radio is located on top of the same hill, it might get 15 miles talking to another portable radio or 30 miles talking to a mobile radio. The power of the radio affects the range as a higher power radio will talk further. Other items that affect the distance if the type of antenna used by the radio (see item #2 and item #4 below).

The two main items that control the coverage of the repeater (more than anything else) is its location and its antenna height. Other things affect the coverage such as frequency, power, obstructions, analog vs. digital, bandwidth, antenna type, antenna pattern, etc.  The coverage maps that we offer are reasonably reliable and are available from MRA via our website but we cannot guarantee coverage because there is a margin of error with all predictions. What we can do is to provide demo radios so that you can try it and see if the results you get are within a reasonable error margin of the prediction that we provide to you. Coverage maps are available on our web site including being able to view them in Google Earth if you have a computer that will properly display Google Earth.

If you look at the coverage map for Mt Lukens at the top of this article, the different colors represent changes in signal strength.  The coverage prediction takes into account geographic terrain variations in the coverage.  It also takes into account the general urban clutter in the city, the general type of vegetation in the rural areas and the area off shore where the radio signal propagates over water.  It does not take into account the specifics of the size and shape of each building, so the general signal level around the buildings are fairly accurate, but there are variations that are not shown.  (This is especially true for the Google Earth maps that allow you to see individual buildings look around the buildings.)  Also, the signal level shown is represented outside the buildings and NOT inside the buildings, which will have a significantly lower signal level.

The color code for the signal strength is listed on the map.  The following is an explanation of the colors:

The general rule of thumb is that you need to have -100dbm of radio signal inside a building to have somewhat reliable radio coverage while moving around inside.  Buildings will attenuate radio signals by varying amounts, depending upon the type of construction.  The approximate values are:

I want all the coverage I can get!

In summary, the range of a radio system is not a simple answer.  There are a complex set of variables that affect the range of the radio system under different circumstances.  Anyone who reduces the answer to the question of “how far will my radio talk” by telling you that your radio will talk for a specific distance (such as 2-mile range, 5-mile range or 10-mile range) is lying to you, making a gross over simplification of the subject or they do not understand the issue of radio propagation.  Radio is a complex energy wave that usually follows predictable patterns, but sometimes does things that are totally unexpected.  Therefore, you can have radio signal when it is totally unexpected and you can have no radio signal when you are certain that it should work.  However, this explanation of radio will give you good guidelines as to what happens with the radio signal you are attempting to hear.