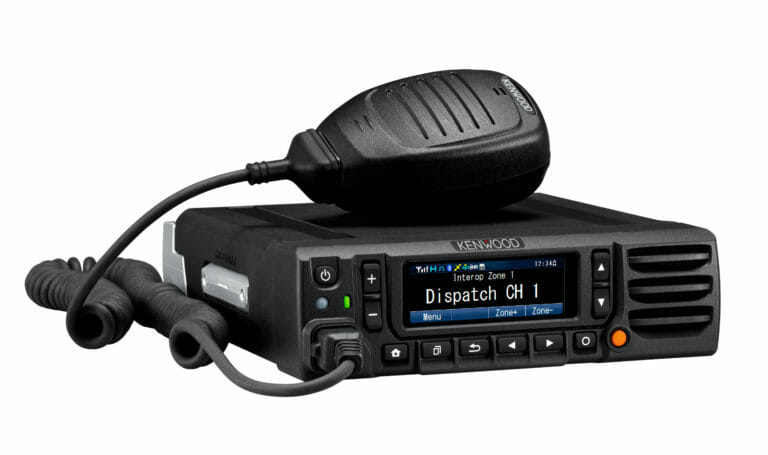 NEXEDGE digital was developed by Kenwood in 2008 based upon NXDN technology which was jointly developed by Kenwood and ICOM.  Both companies worked together to develop the NXDN digital technology which has been set up as an open standard that is available to any radio company who desired to manufacture equipment to that standard.  Therefore, all conventional NXDN radios are compatible with each other with the air interface, so any NXDN radio from one manufacturer can talk to any other NXDN radio from any other manufacturer.  However, once you go beyond the conventional operation of the radios into trunking or networking, each manufacturer is free to pursue their own method of achieving the desired result since the NXDN standard does not define the parameters that are used to create these more advanced radio systems.

Click here to view a presentation on NEXEDGE Advantages Brief.

Click here to view a presentation on NEXEDGE 12 Page Catalog

Click here to view a presentation on Kenwood Analog vs Digital Radios.

The NXDN digital standard defines the signaling used in conventional operation.  For this reason, any manufacturer must be compatible with each other.  Audio is converted to digital using the AMBE+2 vocoder (designed by Digital Voice Systems, Inc.) that has become an industry standard for two-way radio and other telecommunication fields.  Embedded in the data stream of audio components are some extra data bits which are used for the RAN code (radio access number) in NXDN which allows one fleet of radios to distinguish themselves from another fleet of radios, just like CTCSS (continuous tone coded subaudible squelch aka PL, DPL, Channel Guard, Quiet Chanel, Private Call etc.) in analog radios.  Since the RAN code is part of the basic signaling, any conventional radio can talk to any other conventional radio since they all use the same signaling scheme.  In a conventional environment, each talk group is typically on a different radio channel, however, it is possible to have multiple talk groups on the same channel using a different RAN code. The problem with this last scenario is that the talk groups will interfere with each other if their radio system coverage has significant overlap such as a large office building that has radios for security and maintenance.  Whenever security talks, it interferes with maintenance use of the radio and vice versa, so typically the radios will have each talk group on a different radio channel so that the two talk groups do not interfere with each other.  However, this requires one repeater for each radio channel if the building is using a repeater for radio coverage.  If the coverage from one repeater is not good enough, then a 2nd repeater location may be used to extend coverage.  However, in conventional radio, one must manually switch to the other tower site and all the talk group users must also switch their radio to the other repeater.  This requires significant user training or there will be significant communication issues.