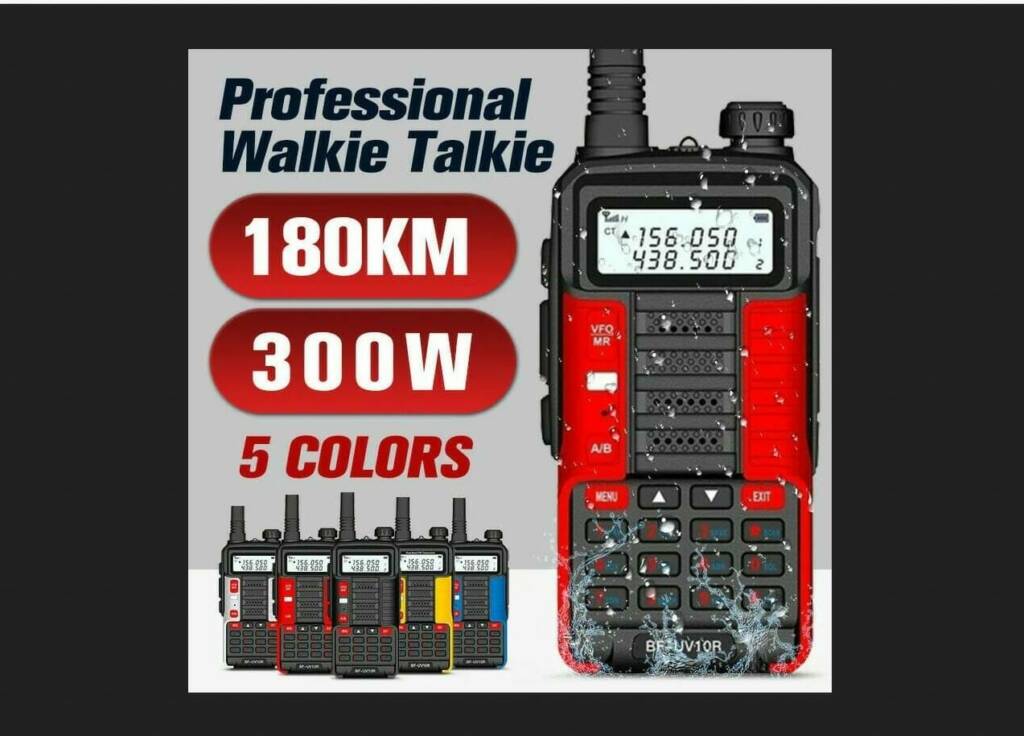 It has become common on Ebay and other sites for unscrupulous sellers to pad the specs on radios. A 5 watt radio gets labeled as 8 watts, or a 10 watt radio gets labeled at 18 watts. This particular ad has gone beyond all reasonable expectations to the point where it could be considered a joke, except that it was pulled from Ebay where the person is actually selling these radios. Most people that purchase this class of radio, don’t have the ability to test them so the claim will often go unchallenged, even though these specs are physically impossible.

To start with the claim is made that this is a “professional walkie talkie”. The reality is that they are cheap and poorly designed. In most cases, they are not authorized to operate in Land Mobile service and there have been FCC bulletins on this. The exempted use for them is in Amateur Radio service where business uses are not allowed, and the licensed operator is personally responsible for proper operation of their equipment. This does not fit the definition of “Professional”

Next we have the claim of 180Km (111 miles) range. In the VHF/UHF bands radio transmissions are line of sight.At this distance the curve of the earth gets in the way. For a six foot high person, the horizon is just three miles away. The radio signal will go a bit beyond that, but it will get blocked by the curve of the earth. You would need to be more than 2500 feet above the surrounding terrain with no other obstructions to reach this distance. The range that is expected has more to do with the obstructions in the way rather than the power.

The 300 watt claim is where it really starts to get absurd. 300 watts in your hand could give you a really nasty RF burn, and you would not want this much power next to your head. This claim is not possible anyhow, the radio would burn up. The actual spec for the BF-UV10R is 10 watts, not 300.

Of course to support this mythical 300 watt transmitter would require a lot of power, so the seller claimed that the battery is 50,000 mAh (50 Amp Hour). A battery of that capacity would be about 7.72″ x 6.50″ x 7.17″ and weigh about 32 lbs.The actual battery is 4800 mAh (4.8 Amp Hour), at least according to the specifications. If you tried to run a 300 watt transmitter on this battery, it wouldn’t last long, and there would be a significant chance of starting a fire.